Things to see in Malaga: the Alcazaba palace and the Roman Theater

Things to see in Malaga: the Alcazaba palace and the Roman Theater
11 July, 2016

Things to see in Malaga: the Alcazaba palace and the Roman Theater
Posted on 11 July, 2016 in Spanish courses in Spain

There are many things to see in the Costa del Sol. Malaga offers both entertainments and cultural heritage. The Alcazaba and Roman Theater are one of the things you must see while staying here! 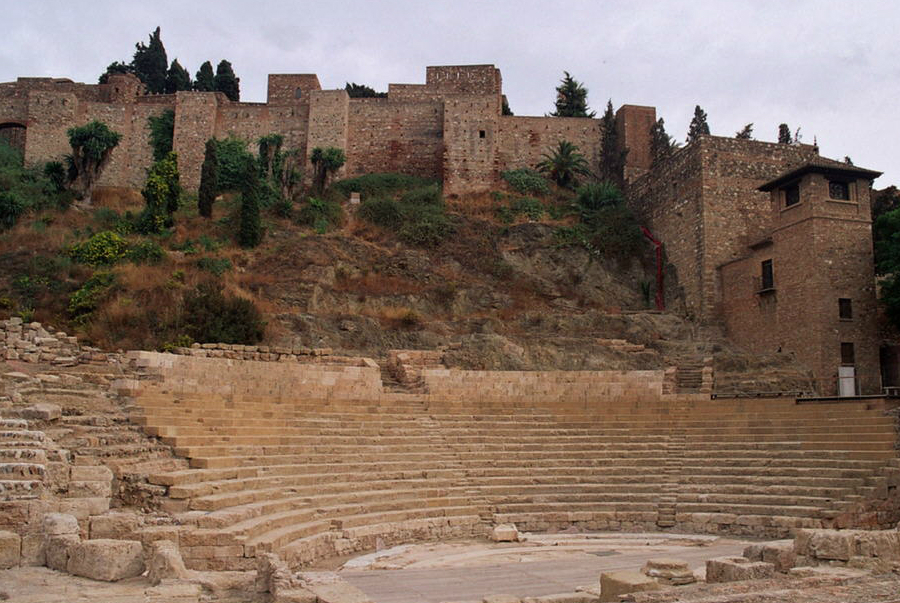 While being in Malaga, the visit of the Alcazaba is definitely a must. This astonishing Arabic style palace is located in the heart of the city center so you have no excuses!

It was the fortress of Muslims who ruled the city ages ago. In fact, it is even older than you might think as this fortress was built in the XI century on the ruins of another Roman fortification. At that time it was made up of more than one hundred principal towers and some smaller ones.

Three main walls that surround it are the most distinguishing feature of the Alcazaba as it facilitated the military capacity and a maximum security, thus it was unconquerable for an extremely long period of time and remained strong among other similar Muslim constructions in the peninsula.

The palace might be divided into two parts: the outer citadel and the inner one. One enters to the outer citadel through a gateway named “Puerta de la Bóveda”, or Vault Gate in English (today one can also enter it by an elevator).

The way goes through marvelous gardens, with a great number of extravagant fountains. When passing the gateways of Gate of the Columns (Puerta de las Columnas in Spanish), which reflects perfectly the details of the ruins of Roman fortification, one can find the Tower of Christ (Torre del Cristo in Spanish) which once was a chapel.

It also offers an amazing view towards the port when one gets up.

In addition to all this, one cannot forget the greatest heritage of Roman times that lies precisely next to the Alcazaba – the Roman Theater. The Roman Theater of Malaga is one of the living symbols of the Hispania Romana period. It now has a little center of interpretation that lets one get to know better the life and the customs of Roman times through modern technologies.

The theater was discovered in 1951 and it was completely opened in order to be admired and properly appreciated it in 1992. It is now, together with the Alcazaba, the best representation of history in Malaga. As T. Roosvelt uttered once, “the more you know about the past,the better prepared you are for the future“. Are you about exploring the past in Malaga with us and preparing for the future at the same time? Academia CILE is just a few steps away from the Roman Theater and the Alcazaba… Join us!