Time for a glass of sangria

Time for a glass of sangria
Posted on 19 October, 2016 in Spanish courses in Spain

According to the SAGE Encyclopedia of Alcohol

Sangria – a perfectly refreshing drink for summer… ! Let´s talk more about it!

Sangria is a Spanish alcoholic drink which is a pretty well-known both in Spain and outside Spain. It is a type of punch, consisting of sweetened red or white wine packed with fresh chopped fruit and often accompanied with other ingredients such as orange juice or brandy. Spanish Rioja red wine is the most traditional to use.

There is also another type of it – sangria blanca – which is made of white wine. It is a recent innovation and maybe not so well-known but also interesting to try. For white Sangria such branches as Rueda, Jumilla, or Valdepeñas are recommended. There are various sangria recipes. Some of them, apart from wine and fruit, put some other ingredients, such as sparkling water, or a flavoured liqueur. 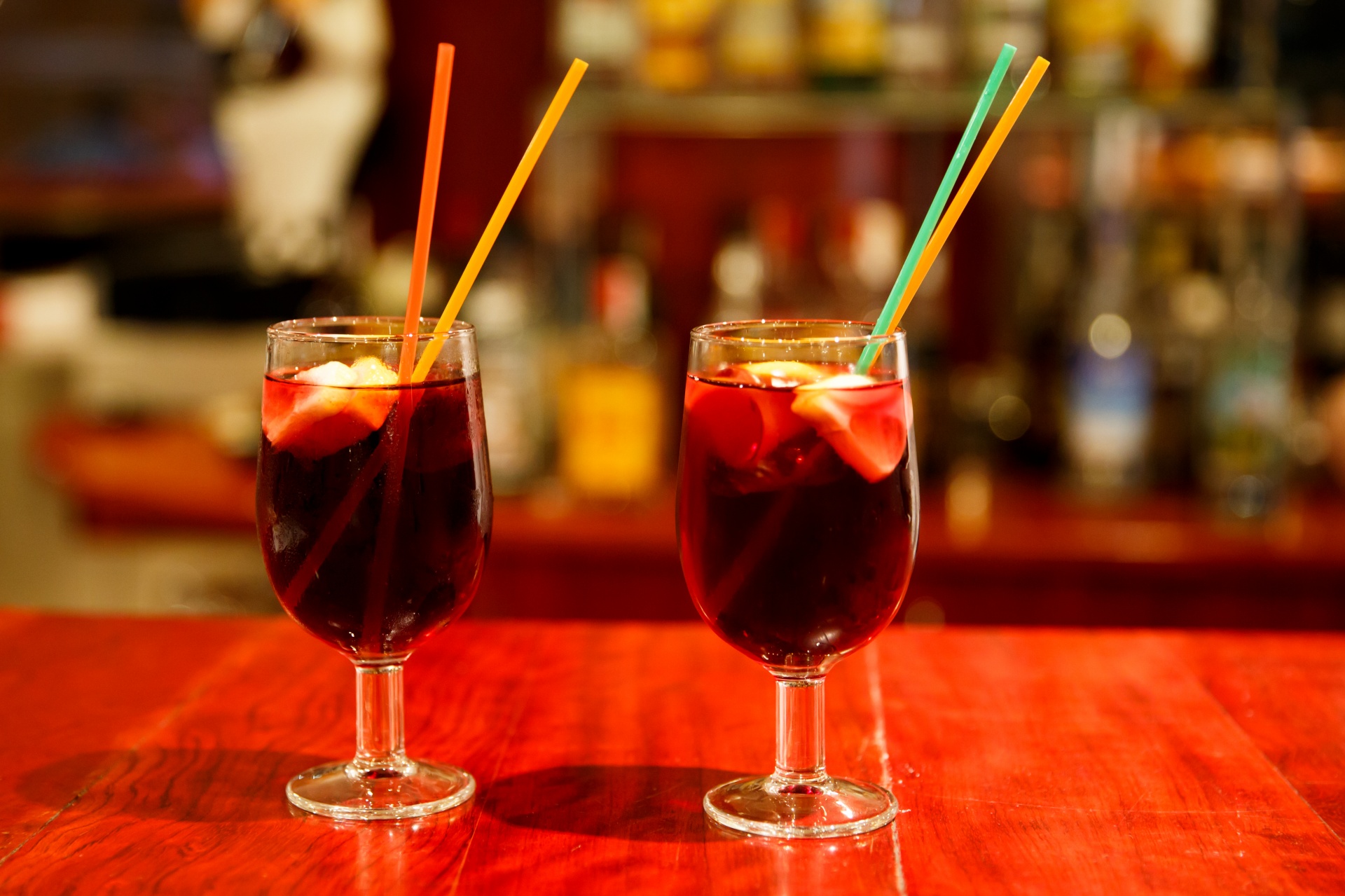 Going for a glass of sangria?

In terms of the history, it goes back to the American colonial era. At that time in the West Indies a drink called Sangaree was consumed by the people a lot. It was a drink served either cold or hot, possibly the predecessor of today´s sangria. However, the consumption of it disappeared by the 19th century in the United States and was introduced as today´s sangria again by 1940 by Hispanic Americans. It became extremely popular after the 1964 World’s Fair in New York.

In terms of etymology, the term possibly dates back to the 18th century. It is commonly believed that the name of it has something to do with the Spanish word sangre (blood), as referring to the red colour of it. There are some, though, who think that the word comes from Sanskrit as in Sanskrit the word sakkari means sugared wine.

So what about going out together with the students of Academia CILE and taste sangria? Which one we should order for you… a red one or a white one? 🙂