There are many tasty Spanish dishes you already know. But have you ever heard about GAZPACHO? Well, while staying or travelling around Andalusia, you will hear about it. Academia CILE explains you what it is about. 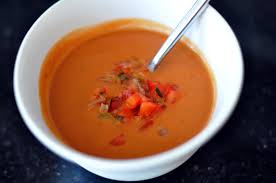 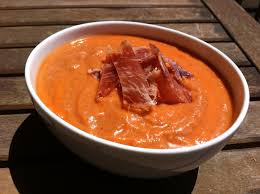 In the summer in Spain you can find anything you need… even a summer soup! A real Andalusian delicacy!

Gazpacho  is a cold Spanish, or more specifically Andalusian, soup made of raw vegetables, usually with a tomato base, This soup is also widely eaten in the rest of Spain and neighbouring Portugal. It is particularly common during the hot summers, of course, as as it is refreshing and cool.

In fact, Gazpacho dish has ancient roots. There are a lot of stories about its origin. Some of them even affirm that this soup might have come to Spain and Portugal with the Romans and also with the emergence of vinegar. When it reached Spain, according to some, it became part of Andalusian cuisine.

However, there are many modern variations of gazpacho, even omitting the tomatoes and bread in favor of avocados, cucumbers, parsley, watermelon, and other ingredients.

It is one of the main characteristic aspects of Spanish and, above all, Andalusian cuisine. A well known food writer Lindsey Bareham described gazpacho as a ‘salad soup’ in A Celebration of Soup and this description is very accurate.   Thus, let´s try this refreshing, and full of ripe, summery flavours dish together with the students of Academia CILE, shall we? 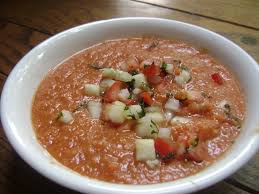