Let´s get our feet wet during the fiesta of San Juan! Celebrate Midsummer Day with us!

Let´s get our feet wet during the fiesta of San Juan! Celebrate Midsummer Day with us!
21 June, 2016

Let´s get our feet wet during the fiesta of San Juan! Celebrate Midsummer Day with us!
Posted on 21 June, 2016 in Spanish courses in Spain

The feast of John the Baptist (or Midsummer Day) is celebrated on the 24th of June, six months before Christmas Eve and it is one of the greatest celebrations commemorating the anniversary of the birth of the honored saint. It has got, of course, many other festive features, apart from the religious ones, in the course of time.

It is celebrated in many European countries, like Portugal (Fogueiras de São João), Norway (Jonsok), Danmark (Sankthans), Sweden (Midsommar), Finland (Juhannus), Estonia (Jaanipäev), Lithuania (Jonines), among others. Although the celebration is similar, there are traditions that vary from country to country. In Lithuania, for instance, people are used to look for the magical fern blossom at midnight and wash the face with a morning dew. In Poland, in the meantime, there are regions where people dress in traditional Polca clothes and throw wreaths made of flowers into the sea. Whereas in Finnland there appears a conceipt of white night and midnight sun as due to its particular location this night becomes almost non-existent which gives even more magic to Finns. 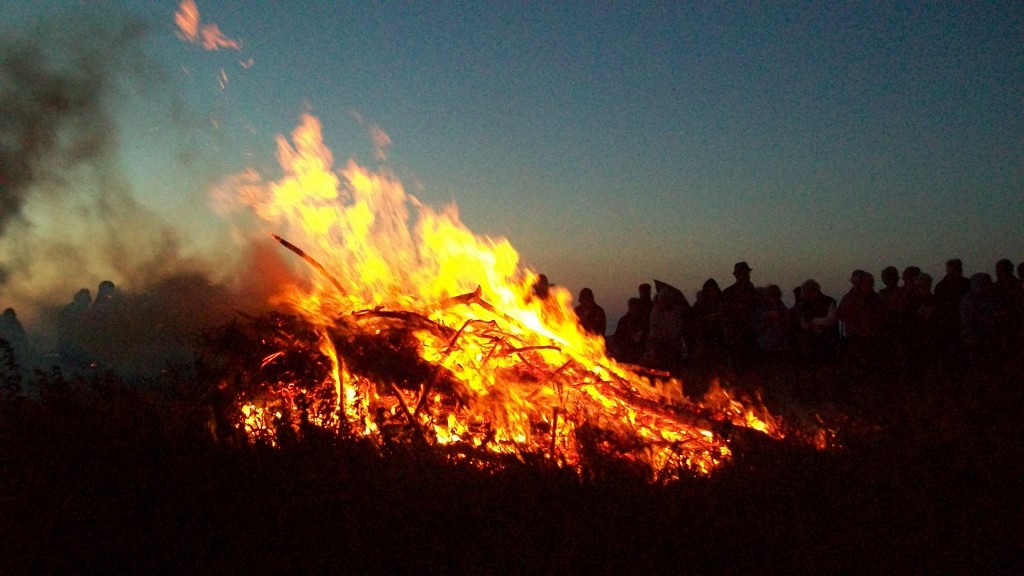 As we see, it is a wide-celebrated feast which is famous in the whole Europe and even overseas (in Latin America, for instance). And Spain is far away from being an exception, of course! We all know that Spain is considered to be the place number one in terms of great fiestas, so it is not surprising that Spaniards do celebrate this night and they do it in an extraordinary way!

In almost all the areas Spaniards tend to make bonfires (named hogueras in Spanish). This is something extremely typical of this celebration in all the countries as this fiesta without fire would be unthinkable. Flame is the principal element of this night both in other countries and in Spain. The bonfires are prapered in Spanish cities by the beach and innland. People get around them or jump over them. The fire is a purifying element which, as believed, liberates us from bad luck. People throw old or uselles things to the fire and they also make a list of the things they want to get rid of in their personal lifes and throw that list into the fire as well. 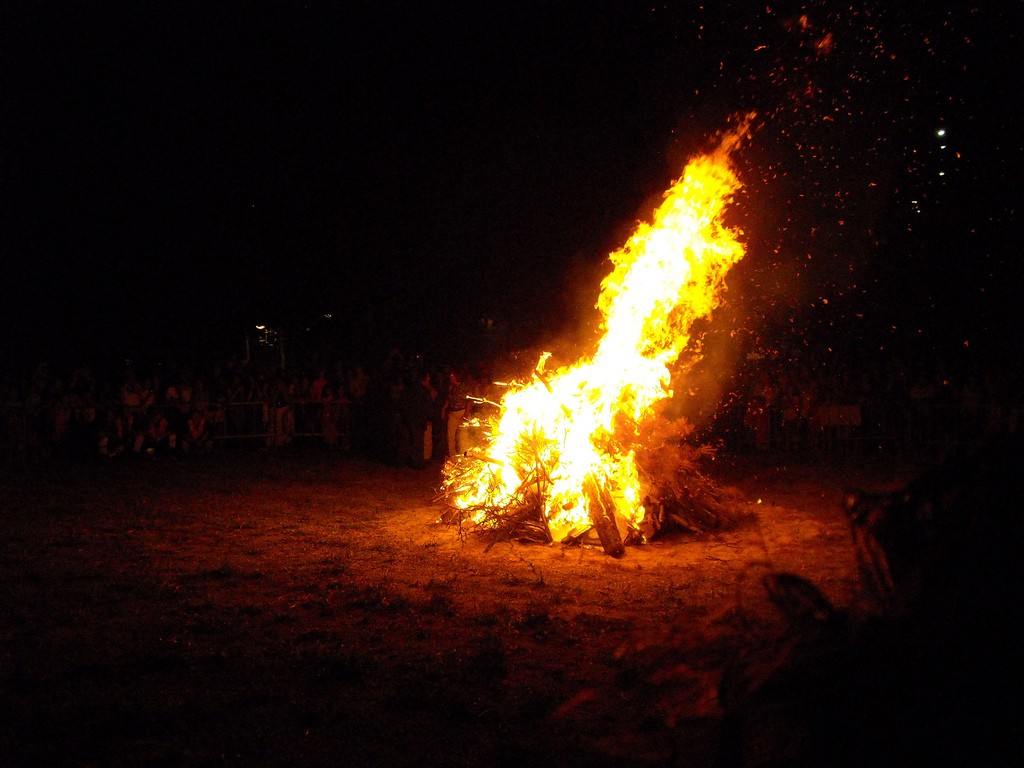 Another very important element of the Midsummer is water. That is why Spaniards have the tradition to get their feet wet at midnight as it supposedly brings good luck to the ones who do so.

This fiesta is common mostly in all parts of the country although it might have a stronger impact in the north where certain pagan beliefs and traditions remained. The women there tend to recollect medicinal plants (fennel, type of fern, rosemary, laurnum, elderflowers, etc.), which is the third element of the celebration.

In Galicia people drink Queimada, a beverage made from Galician grappa mixed with sugar, coffee beans and pieces of fruit. In Valencia special foods (as cocade, for instance) are eaten. In the islands they have some special traditions too, especially Menorca (Balearic Islands) with its horse parade or Gran Canaria (Canary Islands) with the commemoration of the creation of las Palmas. 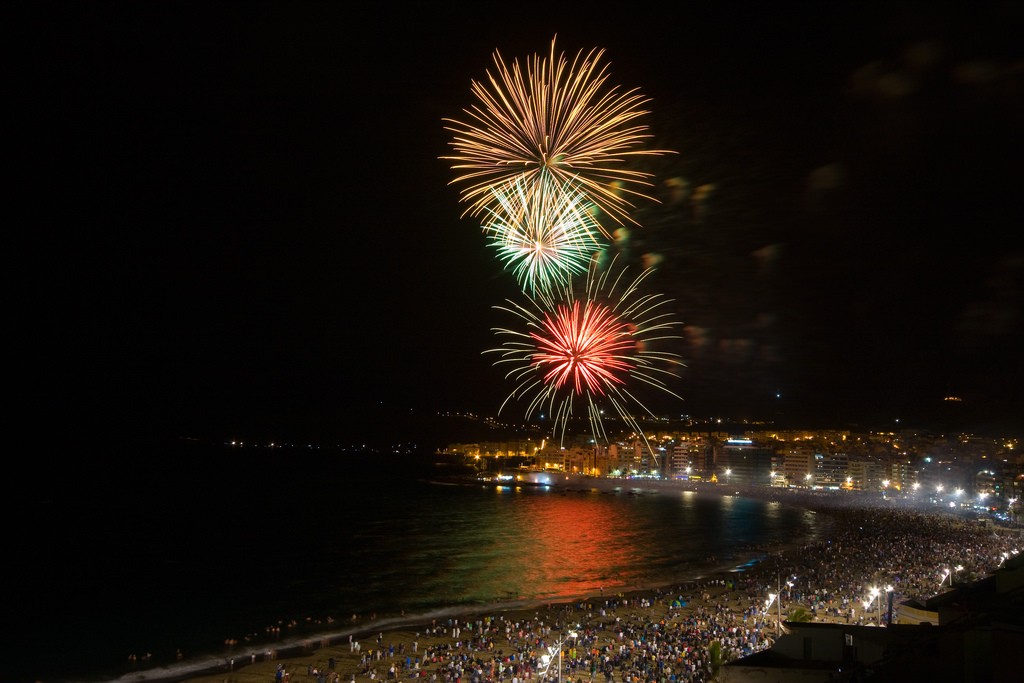 Malaga is, of course, another attractive Spanish city to calebrate the night of San Juan. All Costa del Sol offers great events to welcome this charmed night so you are going to have many options to choose from. You can find many concerts, firework shows or simply traditional gatherings in the beach.

The students of Academia CILE cannot wait to take part in this magical celebration. We will meet all together to throw to the hoguera our lists with things that oppress us in order to avoid bad luck…. and after that we will get our feet wet in the beach in order to attract good luck!