Olives in Andalusia brings the best olive oil in the world – study Spanish Academia CILE
Posted on 27 July, 2016 in Spanish courses in Spain

Did you know that Andalusia is the world’s largest producer of olive oil? Let´s discover more!

Many cultured traveler would say that one of he most amazing things that Andalusian region provides us with is, of course, the olives. Olive oil production dates back as far as wine production, thus it is not less worthy in terms of history and it´s richness.

The Andalusian region is situated in the south of Spain and it occupies the southern third of the peninsula. It is impressive then, that this region produces around 75% of the total Spain´s olive oil production.

The region is made up of eight main provinces: Almería, Granada, Jaén, Córdoba, Málaga, Seville, Cádiz, and Huelva (when looking at it from east to west).

The climate here is generally Mediterranean-type one, thus hot, dry summers, winters with mild temperatures, and irregular precipitation are the most common climate features.  However, it is crucial to mention that there are some exceptional areas where climate might reach one or another extreme, e.g. desert areas, mountains with rainfall, snowy mountain ranges, among others. 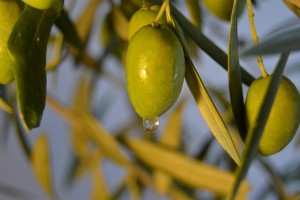 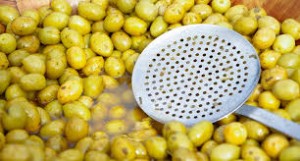 Due to a favourable climate the production of olive oil has extended in all the region. Nevertheless,  it is especially focused on the provinces of Córdoba and Jaén. The letter, for instance, produces more olive oil than all of Greece.

The types of olives cultivated in Andalusia for the production of oil are: Picual, Hojiblanca, Lechín, Verdial and Picudo.

Spain is like a super powerhouse of olive oil production as it can boast of around 40 to 55% of global production annually, and this is as mentioned, always led by the southern region of Andalusia. According to the organisation, World’s Best Olive Oils, eight of the best ten olive oils in the world come from Spain. Also, Andalusian mills represent 22 of the top 50 best products.

It is a great cultural pleasure to discover this luscious world of liquid gold. To see those majestic olive trees and to get to know more about the best selection of olive oils

So why not combine a sun-splashed trip to Andalusia with a tour of the most important producers in the world or simply get around and taste some of the most exquisite olive oils while in Malaga? Academia CILE will do its best to guide you, be sure of that…