The route through the museums of Picasso

The route through the museums of Picasso
7 June, 2016

The route through the museums of Picasso
Posted on 7 June, 2016 in Spanish courses in Spain

My mother said to me,

“you are a soldier, you will become a general.

If you are a monk, you will become the Pope”

Instead, I was a painter, and became Picasso.

You do not necessarily have to study arts, and not even to be passionate about it, in order to know who Picasso is. Maybe you are not familiar with the museums of Picasso, nor with the biographical facts about this person, but at least, for sure, you have heard about him. Pablo Ruiz Picasso was one of the most important figures and one of the most influential artist of the 20th century. The great founder of the Cubist wave, collage and extraordinary styles. He was a Spanish painter, sculptor, ceramicist and printmaker and he was, in the full sense of the word, unique and inimitable in his creativeness. He was one of those original personages who was always one or two steps ahead with his ideas and perspectives. However, not everyone knows that Picasso was born and grew up precisely here in Malaga. And as the birthplace of a great master, Malaga hosts two important museums promoting his art. 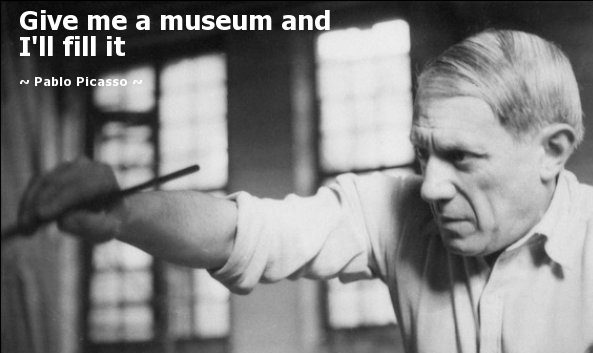 The Museo Picasso was founded  thanks to the efforts of Picasso’s eldest son Bernard and his wife Cristine and the Government of Andalusia in 2003 as a response to his own wish to exhibit his works in the city he was born. Today this representative and architecturally astonishing museum hosts more than 200 masterpieces of different styles, materials and techniques as well as several cultural and educational activities in regard to Picasso’s life. In the meantime, the Picasso Foundation-Casa Natal is the birthplace of Picasso and the house he lived in and it was opened as a museum in 1988. It hosts many unique possessions, documentations and family photos and it is located in the heart of the city, No. 15 in the Plaza de la Merced, which itself is one of the main squares and which enjoys of having the famous statue of Picasso that in the course of time became an important meeting point figure.

As you may see, visiting the museums of Picasso is a must while being in Malaga. The staff of CILE understands the importance of cultural exploration and this is why they are always ready to organize activities that could develop not only the linguistic knowledge of students but also the cultural understanding and some of those activities are, of course, related to Picasso. So, once you are at CILE, we should definitely go to get to know this artist from the closest perspective possible, shouldn’t we? What about seeing the famous “Acrobat” painting (Acróbata, 1930) in the Museo Picasso with the students of CILE? And after, let’s explore all together the old house of him where his own possessions reveal the uniqueness of his artistic spirit, shall we?

The meeting point is the Picasso statue then… see you there! 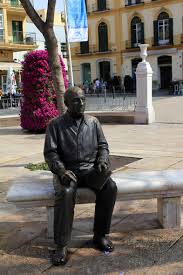