A Spanish hero of Romanticism…. Yes, you guessed correctly! It´s about Don Quixote… and his wind mills.

Don Quixote is a Spanish novel written  in the 17th century by Miguel de Cervantes Saavedra. The first volume was published in 1605 and the second one 10 years later. It is the most important work of literature of Spanish Golden Age and probably of the entire Spanish literature.

The story generally relates the adventures of a hidalgo ( so-called member of the Spanish or Portuguese nobility) named Mr. Alonso Quixano, Don Quixote de la Mancha, who tends to read lots of chivalry romances which leads him to the loss of his sanity and to the aspire to revive chivalry and bring justice to the world.

He hires a farmer, called Sancho Panza, as his squire. Don Quixote, generally speaking, does not accept the world as it is and prefers to imagine that he is part of some knightly story. 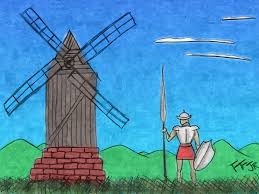 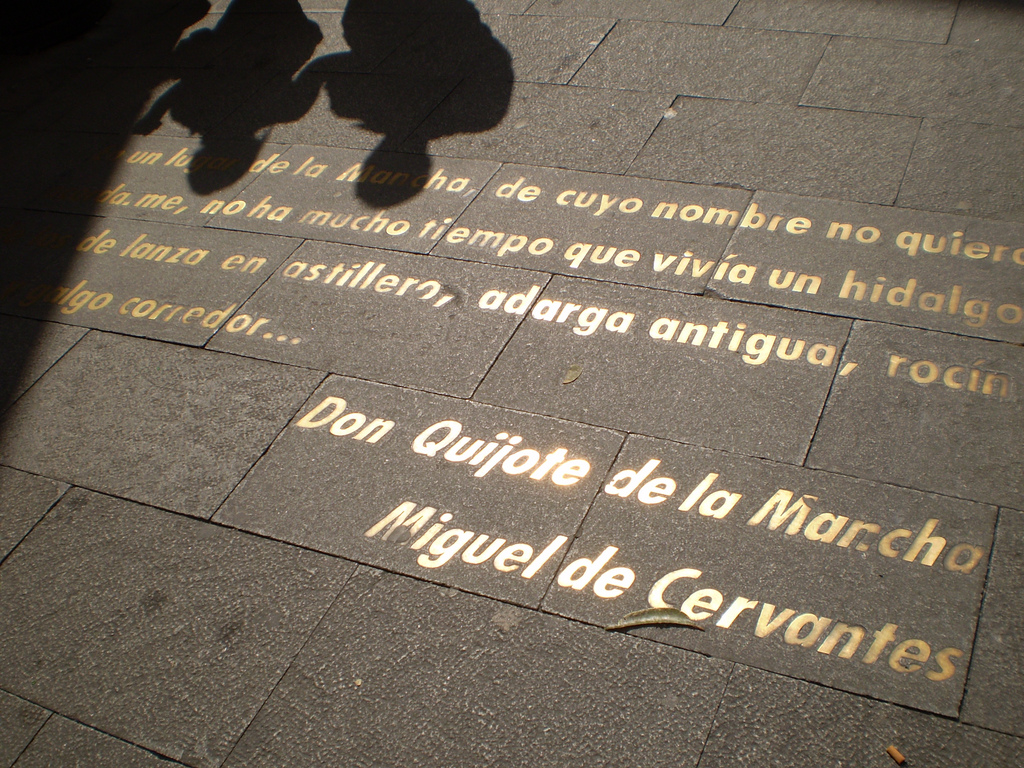 The novel expresses the glory of fantasy over a real world, thus the novel might be considered a a cheerful piece of literature as it really might lift one´s spirits. Edith Grossman, who wrote highly recognised English version, said once:

“when I was working on the translation I was actually sitting at my computer and laughing out loud. This is done […] as Cervantes did it […] by never letting the reader rest. You are never certain that you truly got it. Because as soon as you think you understand something, Cervantes introduces something that contradicts your premise.“

Cervantes’ story takes place in La Mancha, which is:

“Somewhere in La Mancha, in a place whose name I do not care to remember, a gentleman lived not long ago, one of those who has a lance and ancient shield on a shelf and keeps a skinny nag and a greyhound for racing” — Miguel de Cervantes, Don Quixote, Volume I, Chapter I

As you might have noticed,  Cervantes de Saavedra and his Don Quixote are very important for Spanish history and especially literature. Our teachers know more about this… come to Academia CILE and learn more than language!