The city of Malaga and its symbol: Biznaga – study Spanish at Academia CILE

The city of Malaga and its symbol: Biznaga – study Spanish at Academia CILE
8 August, 2016

The city of Malaga and its symbol: Biznaga – study Spanish at Academia CILE
Posted on 8 August, 2016 in Spanish courses in Spain

“Biznaga” is a common name to describe a very popular thing one can see when in Malaga – a bouquet of jasmines formed in a shape of a ball. This bouquet is seen to be selling in the streets of the center of the city of Malaga almost every night. It has become the tradition and the flower has become the symbol of Malaga, among two others very important symbols of the city – el Canachero and el Boqueron. It is crucial during the Malaga Film Festival (Festival del Cine de Malaga) where the main prize for the best picture is the Biznaga de Oro (Golden Biznaga) and other awardees receive the Biznaga de Plata (Silver Biznaga).

The sellers of Biznaga (el Biznaguero) carry them on a tray through the streets of the historic town during the night. They are normally dressed in white and black and have a red bar on their waste. While offering to buy the Biznaga, they let the magic aroma of jasmines penetrate the streets. What is curious about its aroma is that apart from being a nice smell it is also a perfect way to make the mosquitoes go away as the letter don’t like this smell.

A few months before summer comes, the thistle, called nerdo (Ammi visnaga) is harvested which would be the skeleton of the Biznaga. After removing the leaves and branches, they leave only the main stem. Jasmines are collected in the evenings of the summer before they are opened to make it easy to put them one by one on the skeleton. At night these jasmines open giving the characteristic shape of the barrel cactus and smell.

While studying in Academia CILE you could smell this amazing aroma and see Biznaga every evening. Wouldn’t it be great? 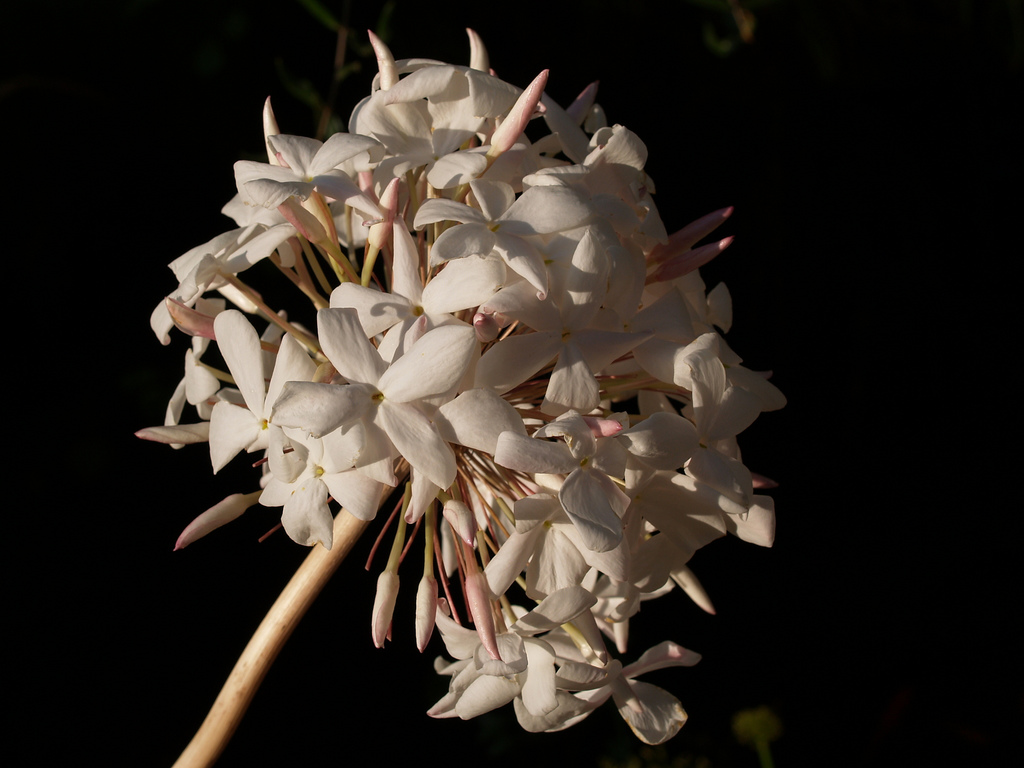