Spanish turron is the most typical sweet during Chrismas and anytime throughout the year. Let´s learn more about it!

Spanish turrón is a very old and a very traditional sweet of Arabic origin. It has been very popular for ages, not only in Spain but also in other countries. The Moors, as believed, have invented turrón around 500 year ago and apparently they did that in Jijona, which is a small town to the north of Alicante. Nowadays in Jijona one can still feel the importance of turron as there is still a great production of it focused on it exceptionally and even a museum of turron, where you can even observe the turron production (if you visit it from June to December). 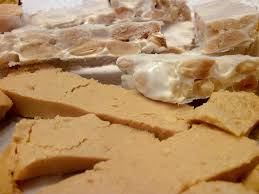 The oldest turron recipe is considered to be the one found in the Women´ handbook (Manual de Mujeres). There are many varieties, though, depending on the place where it is done and the type of turron. It is typically made of honey, sugar, and egg white, with toasted almonds or other nuts.

Usually it has the form of a rectangular or a round cake. Also, it is worth mentioning that it is typically eaten as a traditional Christmas sweet in Spain as well as countries of the former Spanish Empire, particularly in Latin America.

In December the supermarkets and little shops are full of turrons. It is the most common thing to find. So, as you figured out already, if you come to study Spanish at Academia CILE in December, you will be surrounded by the best Christmas sweets ever.

P.S. Don´t worry if you chose another date, turron is always here, doesn´t matter if it´s Christmastime or not… come to taste it with us! 😉 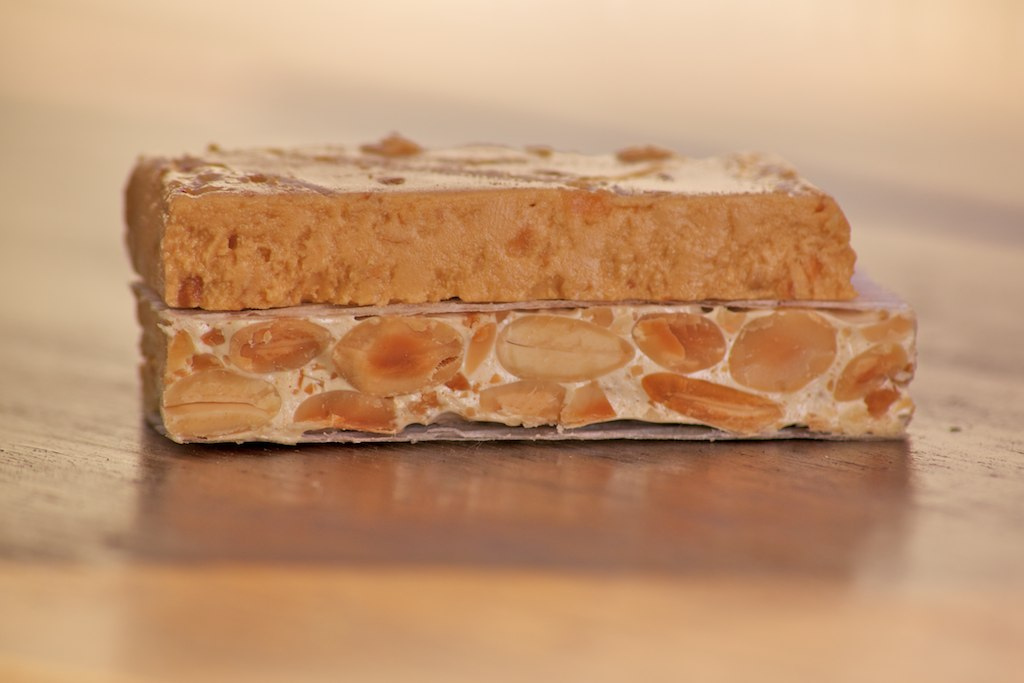