Food in Spain: Jamón Ibérico – learn Spanish at Academia CILE in Malaga
Posted on 6 September, 2016 in Spanish courses in Spain

While talking about traditional food in Spain… let´s discover more about the tastiest ham in the world – Jamón Ibérico!

The history of Jamón Ibérico ham is a bit mysterious and a bit romantic. There are some important aspects that create this special concept – the old Spanish oak pastures, the noble black pig (Ibérico pig) and the fresh air of the mountains which makes each slice of ham a piece of one of the most exquisite foods in the world. The perfect taste can be only reached when mixing all these ingredients as well as having traditional skills and a lot of patience.

Jamón ibérico may be made from black Iberian pigs, or cross-bred pigs as long as they are at least 50% ibérico.

The hams are named depending on the pigs’ diet. The current naming system was applied in January 2014.

The second type is named jamón ibérico cebo de campo. It is basically made from pigs that are fed on a combination of acorns and grain and it possess the green label.

The third type is called jamón ibérico de cebo. This refers to the ham made from pigs that are fed only grain and  bears a white label.

Have you ever seen those big pieces of ham hanged up in the bars or restaurant in Spain? Have you ever wondered how difficult it is to cut them? Have you ever taste them? Join the students of Academia CILE! Today after the classes we are going to discover it… Don´t miss the chance! 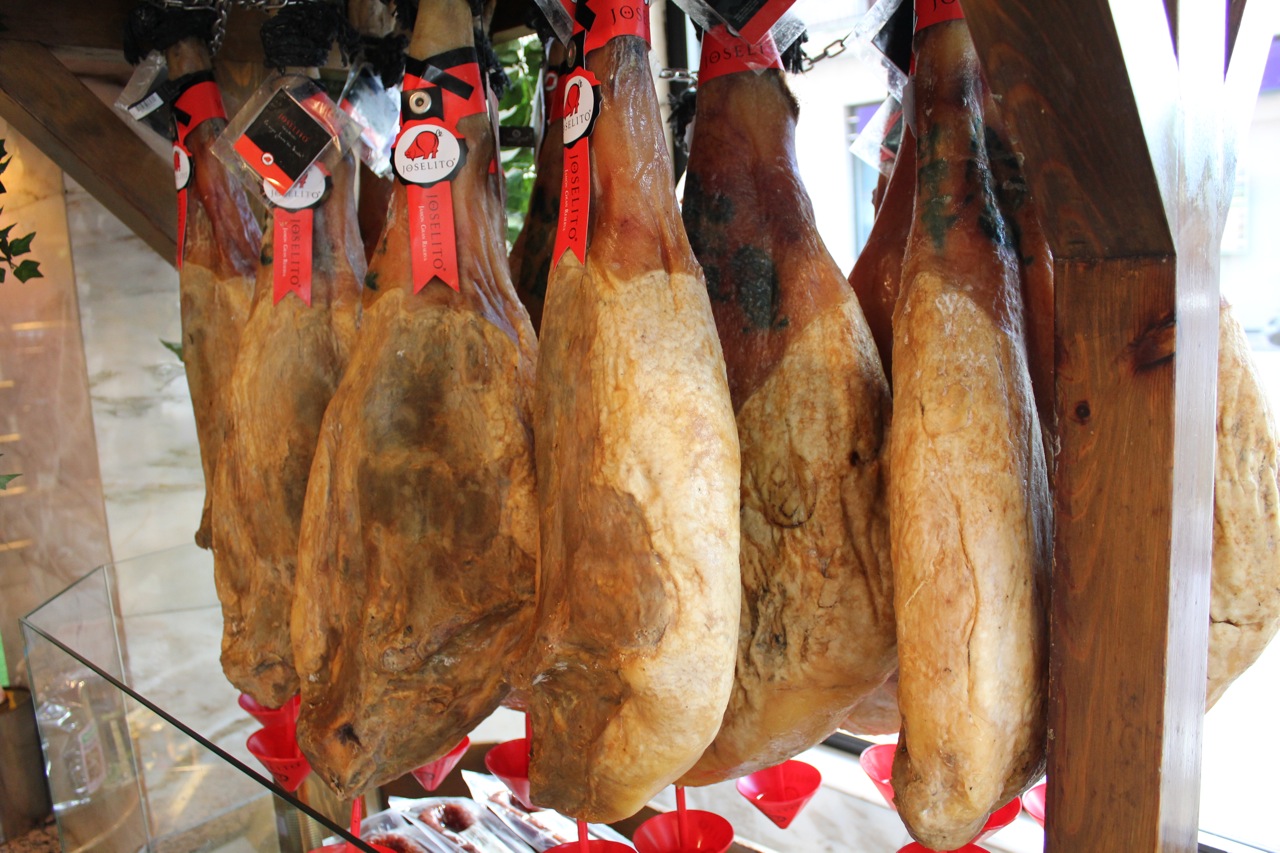 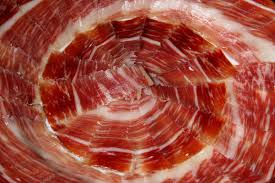