Gibraltar – a British Overseas Territory
Posted on 13 March, 2020 in English

Gibraltar is a special city. Geographically, it is located in the south of Spain at the Mediterranean Sea. Politically, Gibraltar does not belong to Spain but to the United Kingdom.

This is the reason why two different cultures and lifestyles meet. The people do not feel only Spanish or British, they feel “Gibraltarian”.

They speak both languages, often even in the same sentence. Both currencies, Pounds and Euros, are used. The climate is Spanish. In the streets, it looks like you are in the UK. Typical British food is offered, e.g. Fish and Chips, the typical red busses drive through the streets and you can see the British telephone boxes at every corner. 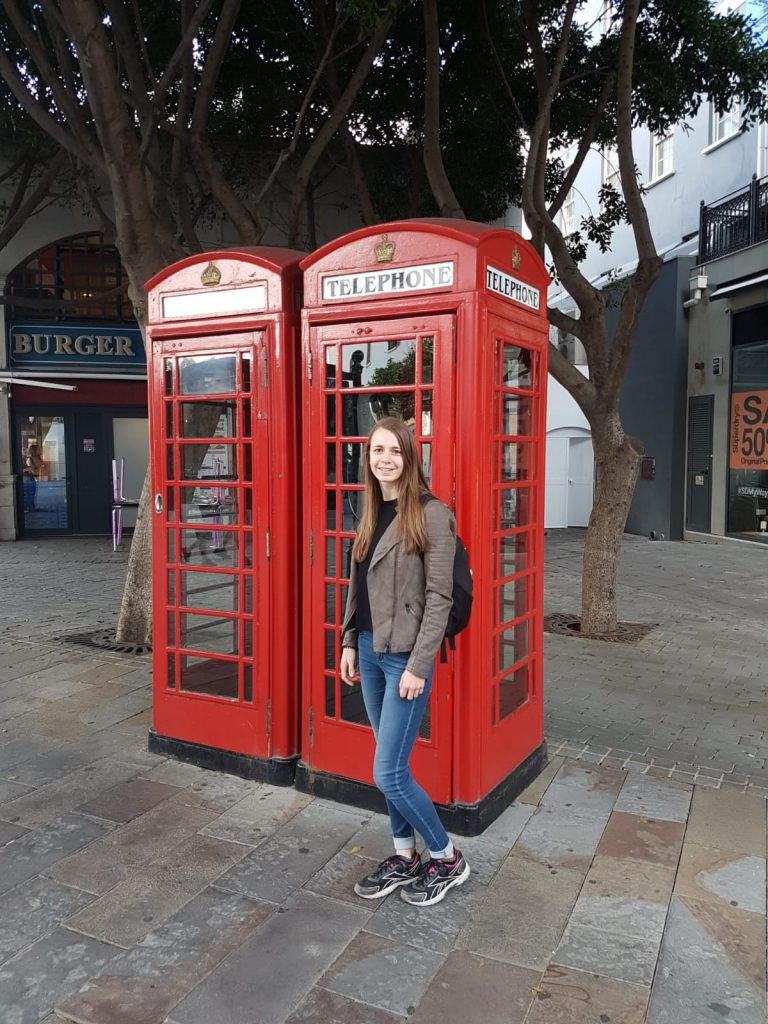 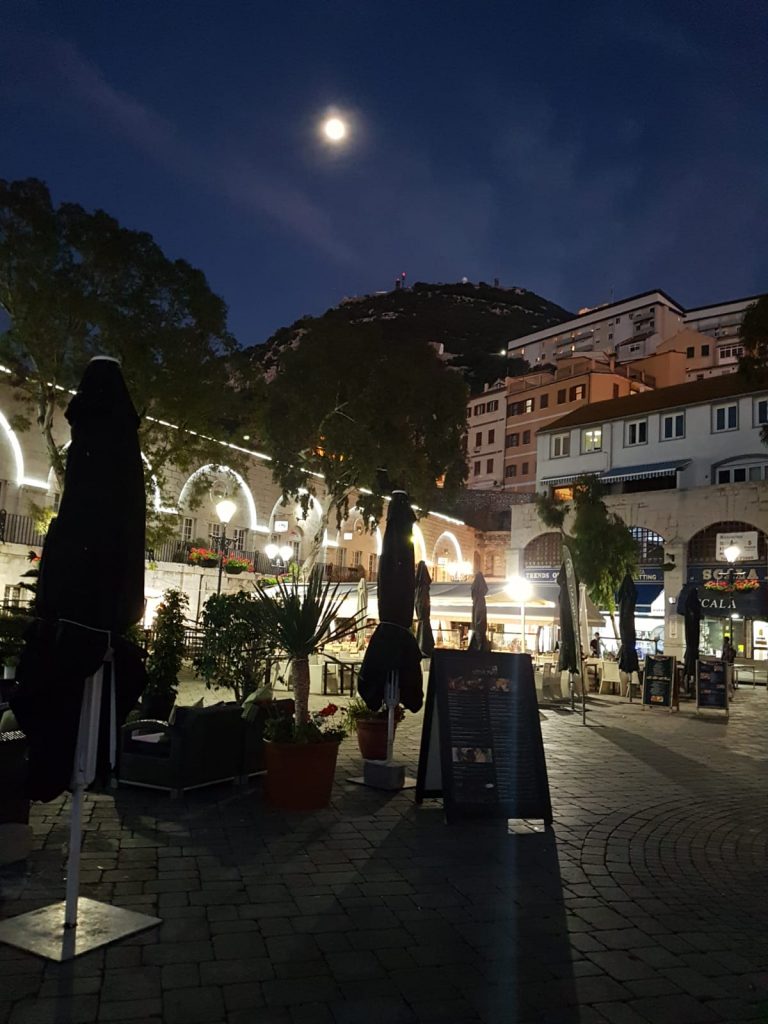 Before entering the city and arriving at Gibraltar Rock, you have to cross the start- and runway of the airport.

The Casemates Square offers some nice restaurants and bars to enjoy a meal or a drink in the city. At the main street you can go shopping in the duty free shops.

If you are interested in history, you can visit the American War Memorial. It reminds of the successful alliance of the United States and the United Kingdom in their naval exploits in the vicinity of Gibraltar during World War I. 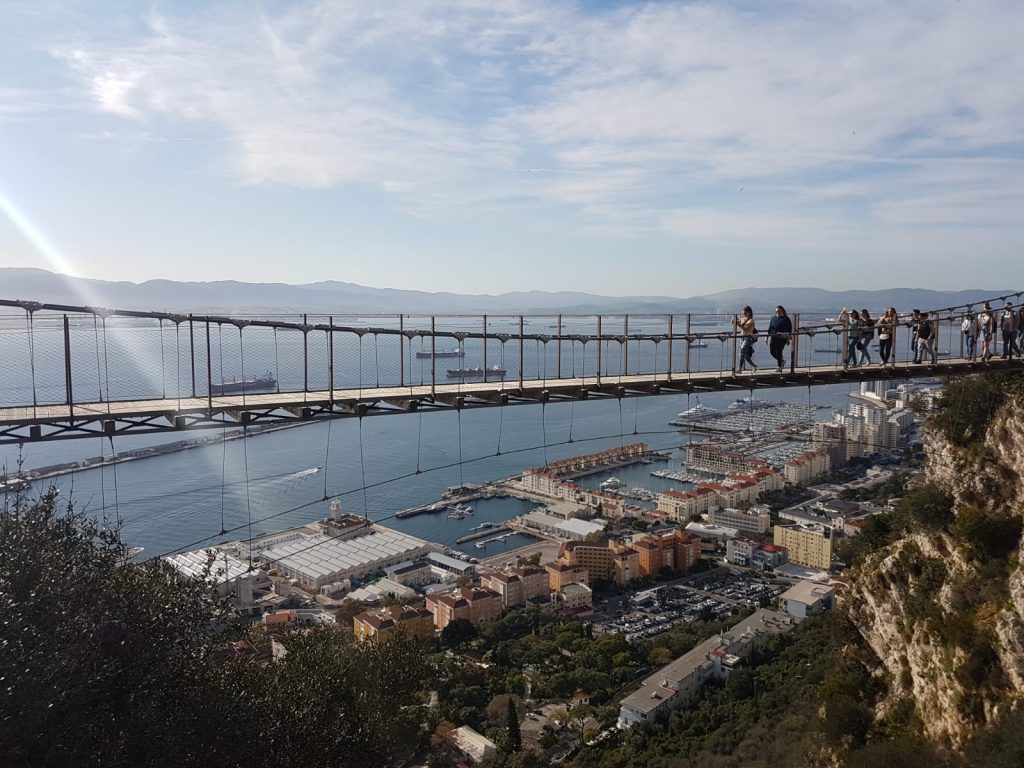 Besides that, Gibraltar is most famous for the Gibraltar Rock and its monkeys. You can go up by a cable car or by hiking. We recommend to hike as the view is beautiful and you can enjoy the nice Spanish weather and the beautiful landscape.

At the top of the rock you will meet the monkeys. But be careful, they are interested in your food and very fast and sometimes they steal food or whole backpacks. But mostly, they are calm, you can take a photo or just observe them. 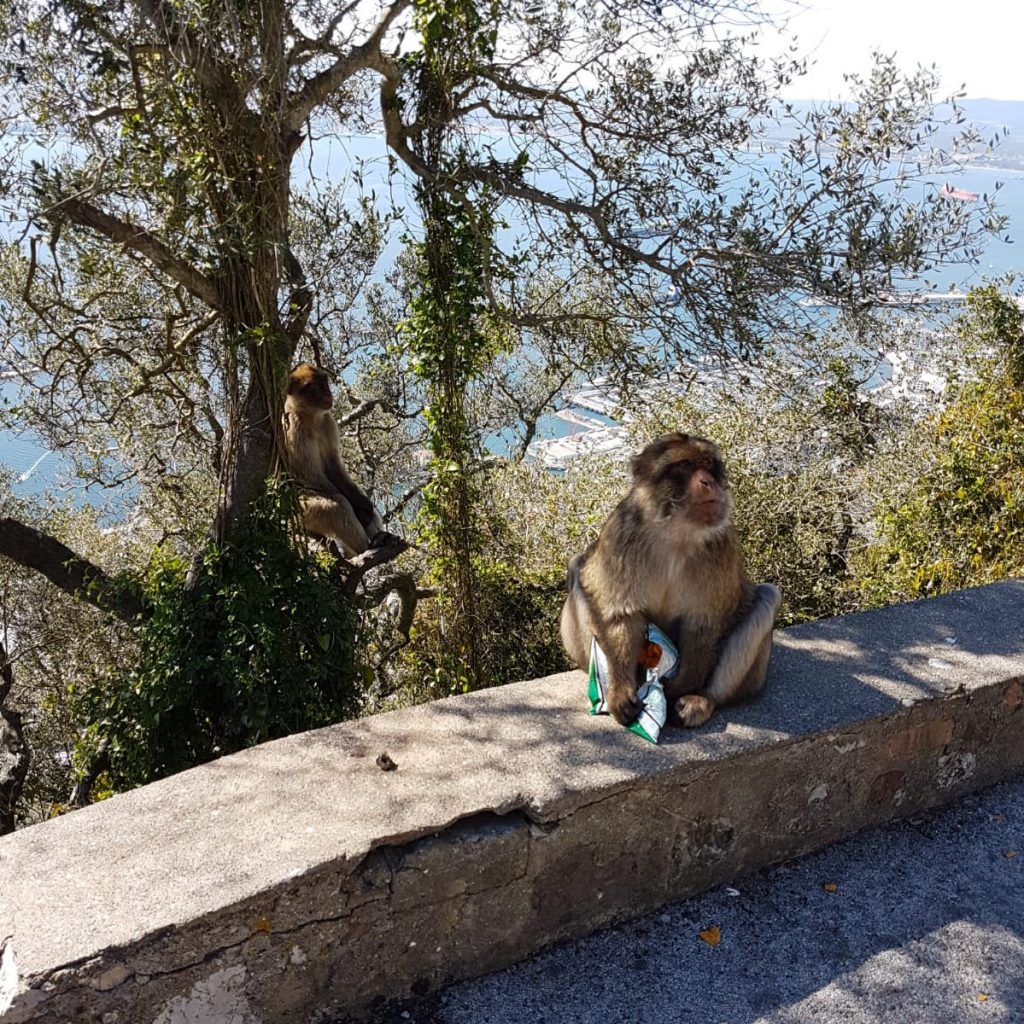 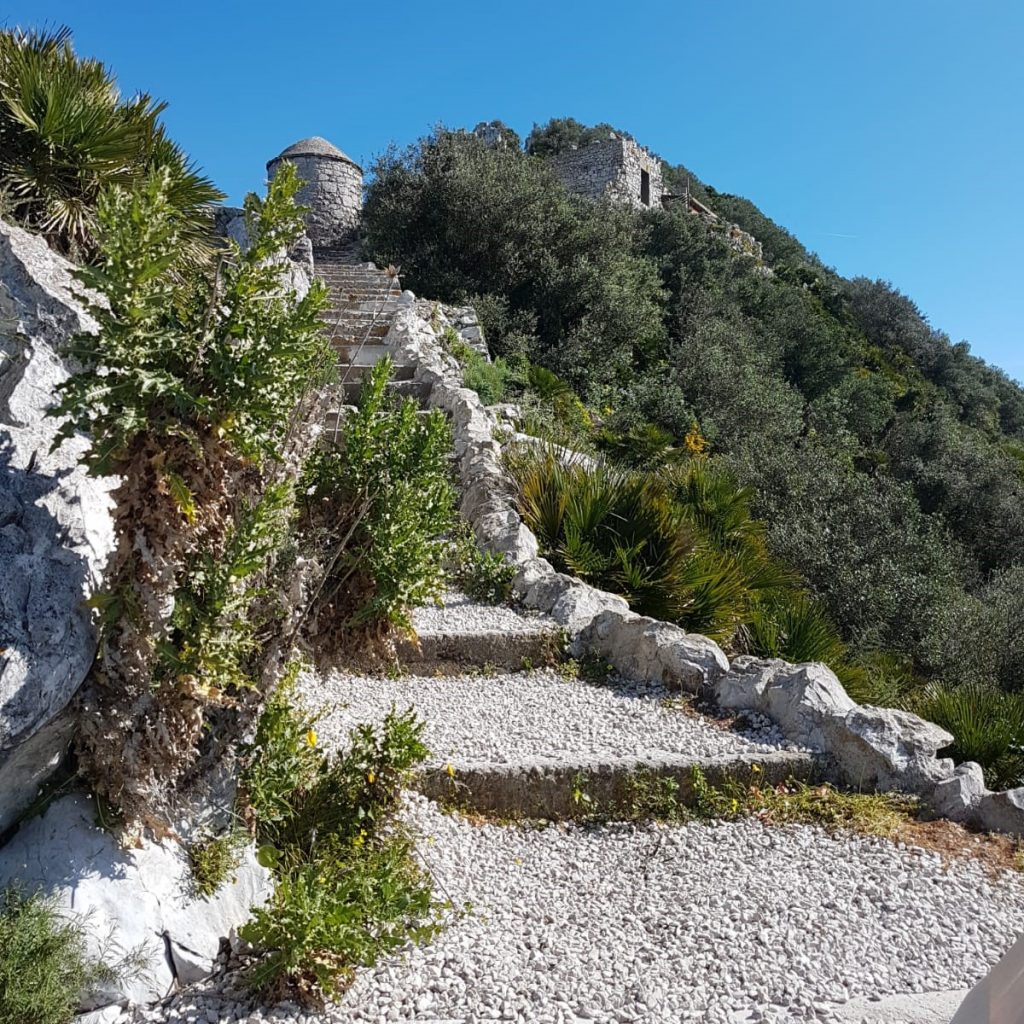 To enjoy the view over Gibraltar’s port and of course Africa at the top of the rock, you can go to the Skywalk. If the weather is nice, you can clearly see the landscape of Morocco.

There are some nice walking trails if you like to hike or just take a walk.

Moreover, there is a hanging bridge where you can enjoy the view and take some awesome pictures. 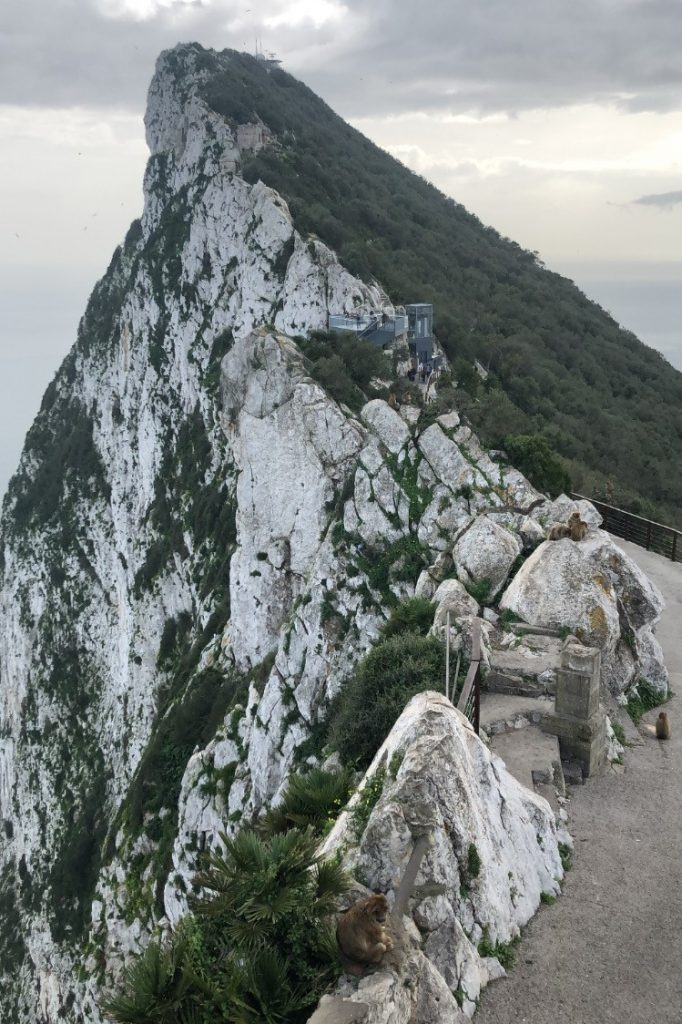 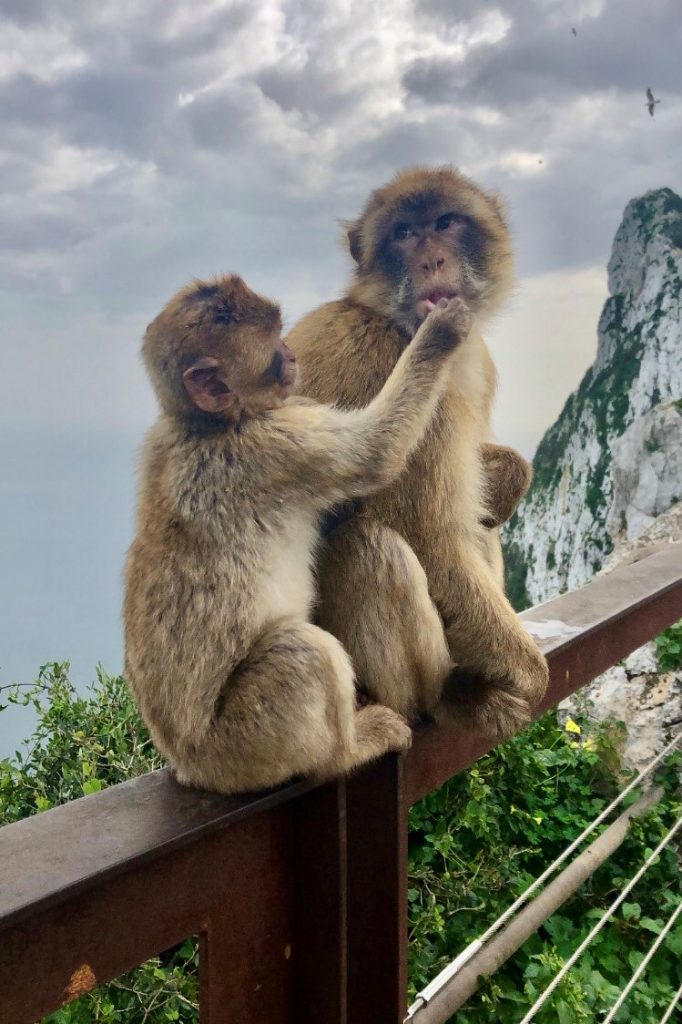 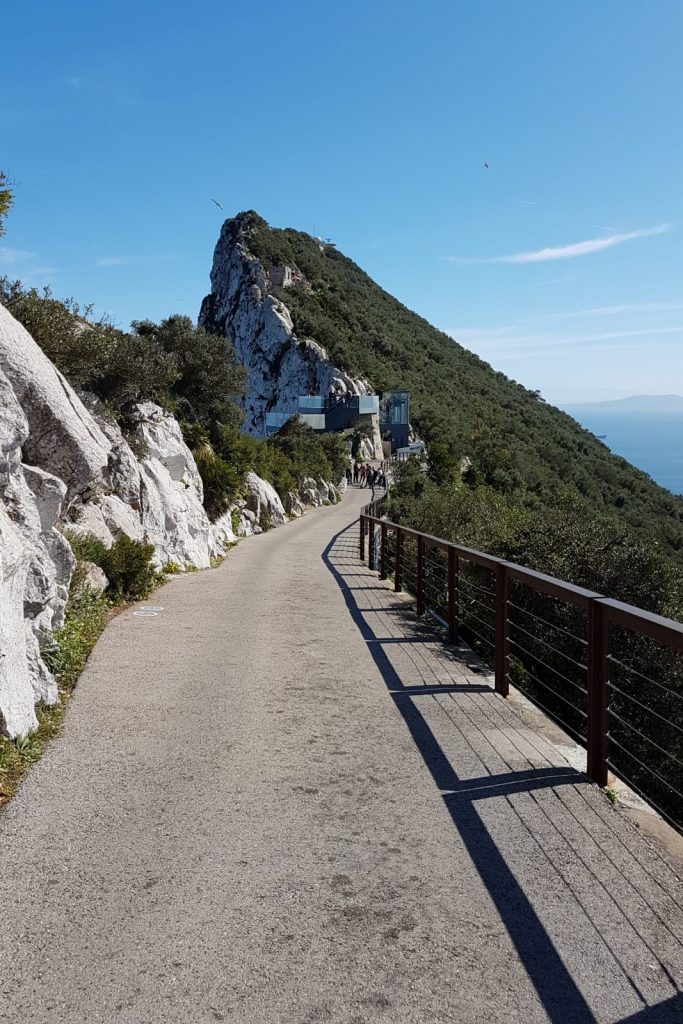