If you come to Málaga do not miss to visit the main market of Málaga “Mercado central – Atarazanas”, one of Málaga’s highlights.

The market opens Monday to Saturday from 8.00 to 14.00. It offers an amazing variety of fresh products. You can find every type of fruits, vegetables, fish, meet and cheese at its 250 stalls. Furthermore it is a great place to have lunch in one of the tapas bars located at the entrance of the market.

Walking through the market is a great experience of all your senses. It is like an explosion: taste, smell, see and try! Before you buy aromatic cheese, spices, bread, olives, dried fruits, nuts, sausages or ham you are always welcome to taste it.

The market was built by Moorish during the reign of Mohammed V. in 1354 – 1391. Therefore it has the arabic name Atarazanas. The market presents Moorish architecture from the 14th century and industrial design from the 19th century when it was rebuilt. The main entrance presents an imposing horseshoe archway. This is the only remaining part of the Moorish archtitecture from the 14th century. Originally it presented seven horseshoe archways.

Another important fact about its origin regards to the meaning of the arabian word “Atarazanas “ which means shipyard, a place where ships are built.

Why would they build a shipyard in the middle of the city center?

If you walk around the market Atarazanas it is almost unbelievable that you are walking where the coastline was some centuries ago. Yes, even to the 18th century the coastline of the Mediterranean Sea started in front of Atarazanas. Fishermen sat alongside the south-facing wall of the building and prepared their fishernets.

The shipyard was not the only function of the Atarazanas building. Later, during the Christian re-conquest in 1487 the Atarazanas was turned into a convent, it became a military barrack, a military hospital and a medical school.

The back entrance presents a beautiful huge, colourful  stained-glass window and makes it an architectural gem of the city. The colorful window tells the history of the origins of the market. 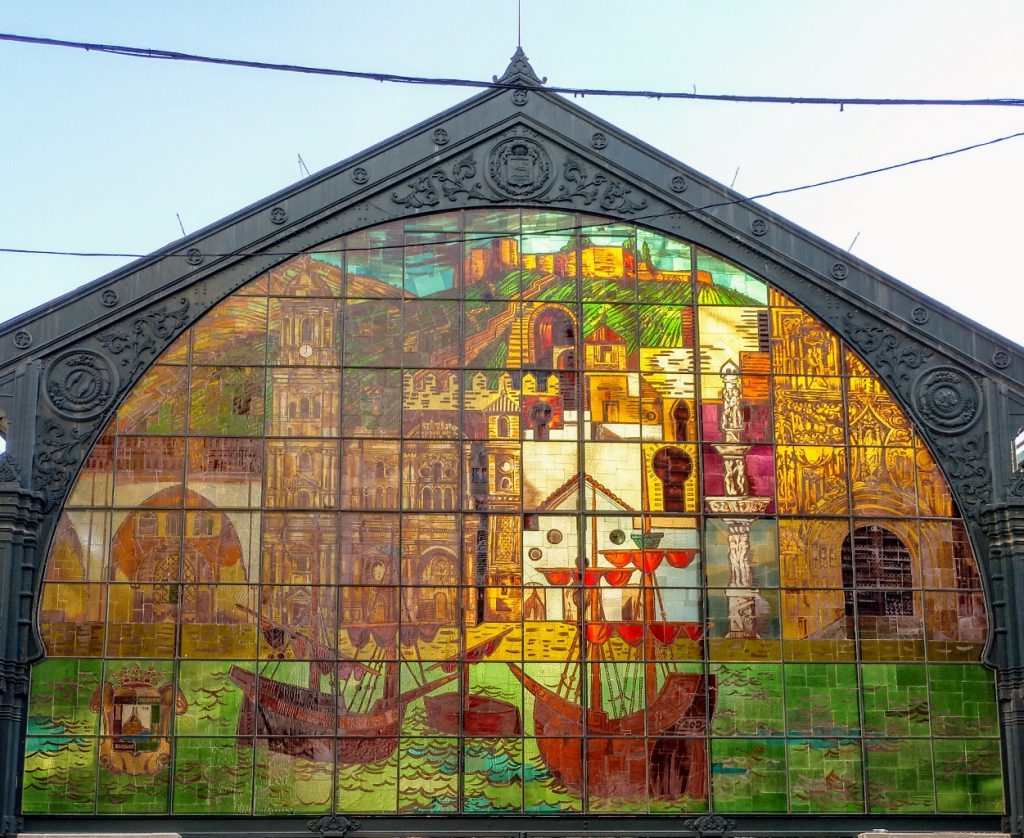 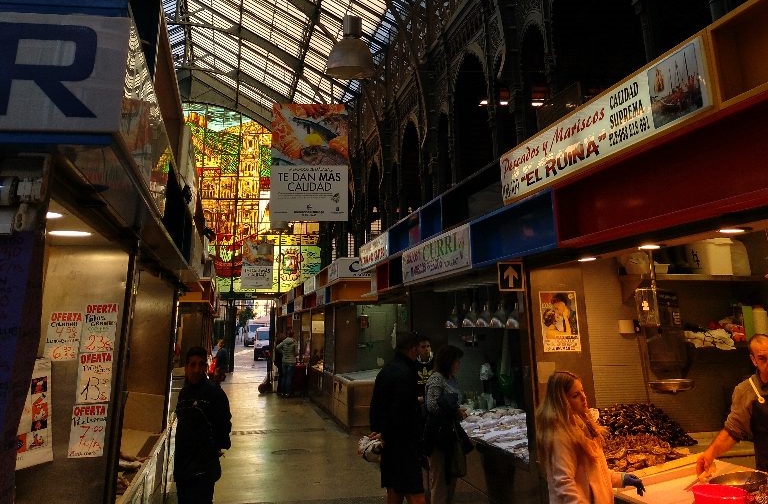 Málaga´s authentic food market Atarazanas will give you an unforgettable experience.